Billionaire daughter and actress, Temi Otedola has queried her fiancé, popular Nigerian singer, Mr Eazi, after he took to Twitter to celebrate himself on Father’s day. 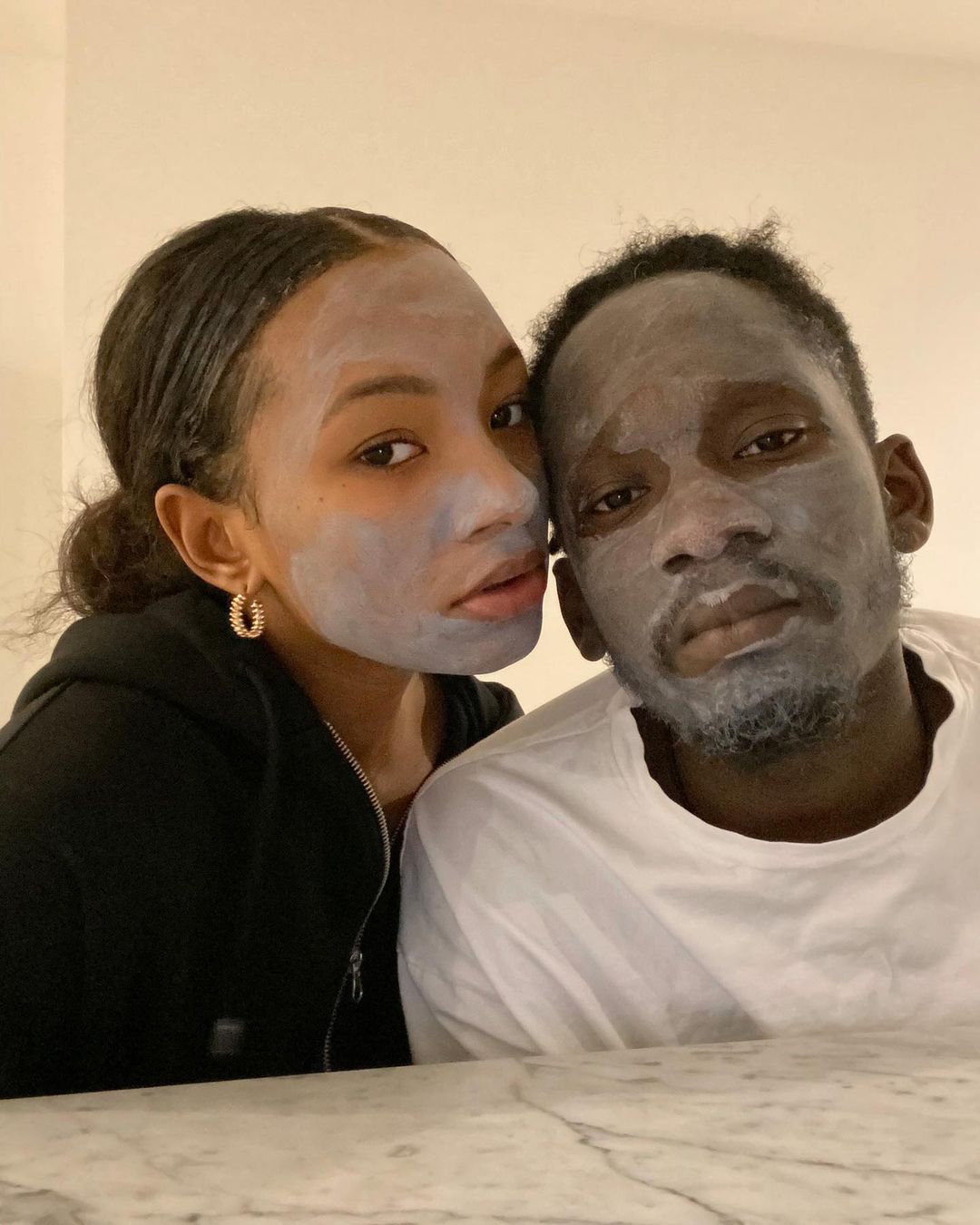 However, Temi, his intending bride, found it weird that the singer was celebrating himself on father’s day when he doesn’t have a child and tackled him for it.

According to the 26-year-old fashion enthusiast, she has a couple of questions to ask him about the post.

See their exchange below, 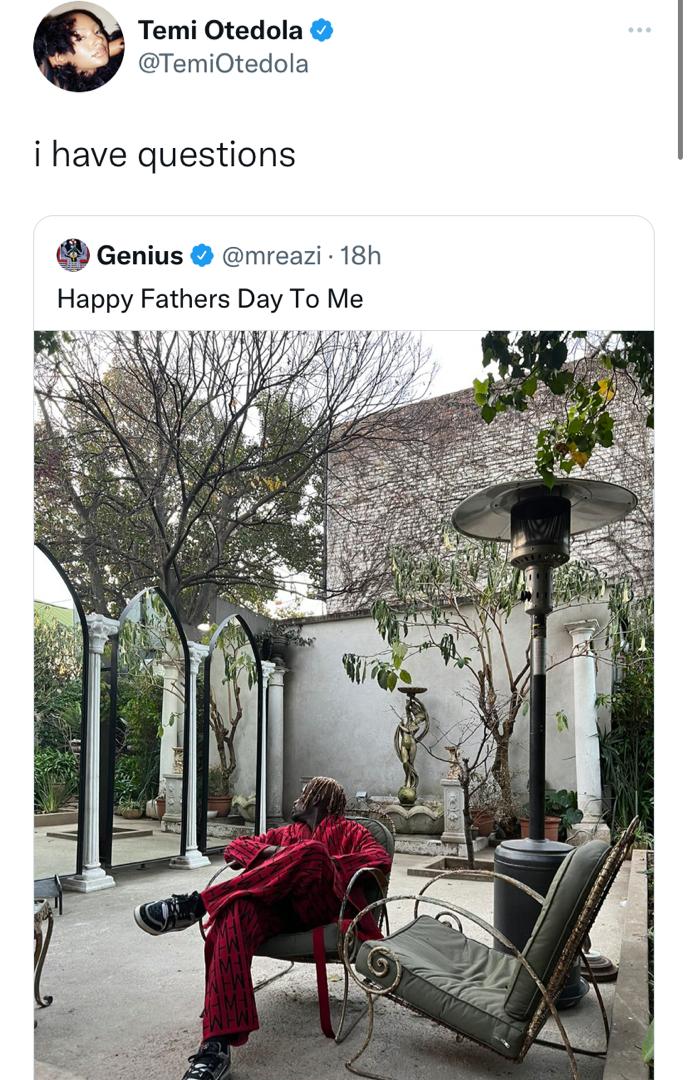 In other news, Mr. Eazi and Temi Otedola, have hinted that they will be tying the knot in an intimate ceremony with few witnesses.

The ‘Oh My Gawd’ crooner stated that he would love to have only close family members attend their wedding, and his future wife-to-be agreed, noting that she, too, would prefer an intimate wedding because she is a very private person.

According to Temi, if it were up to her, she would only have ten people at their wedding.

The couple also noted that their parents are also very private individuals. They added that Temi’s dad, billionaire businessman, Femi Otedola suggested that they have a small wedding in the house.

“We want it to be intimate but very quality”, they said in part.