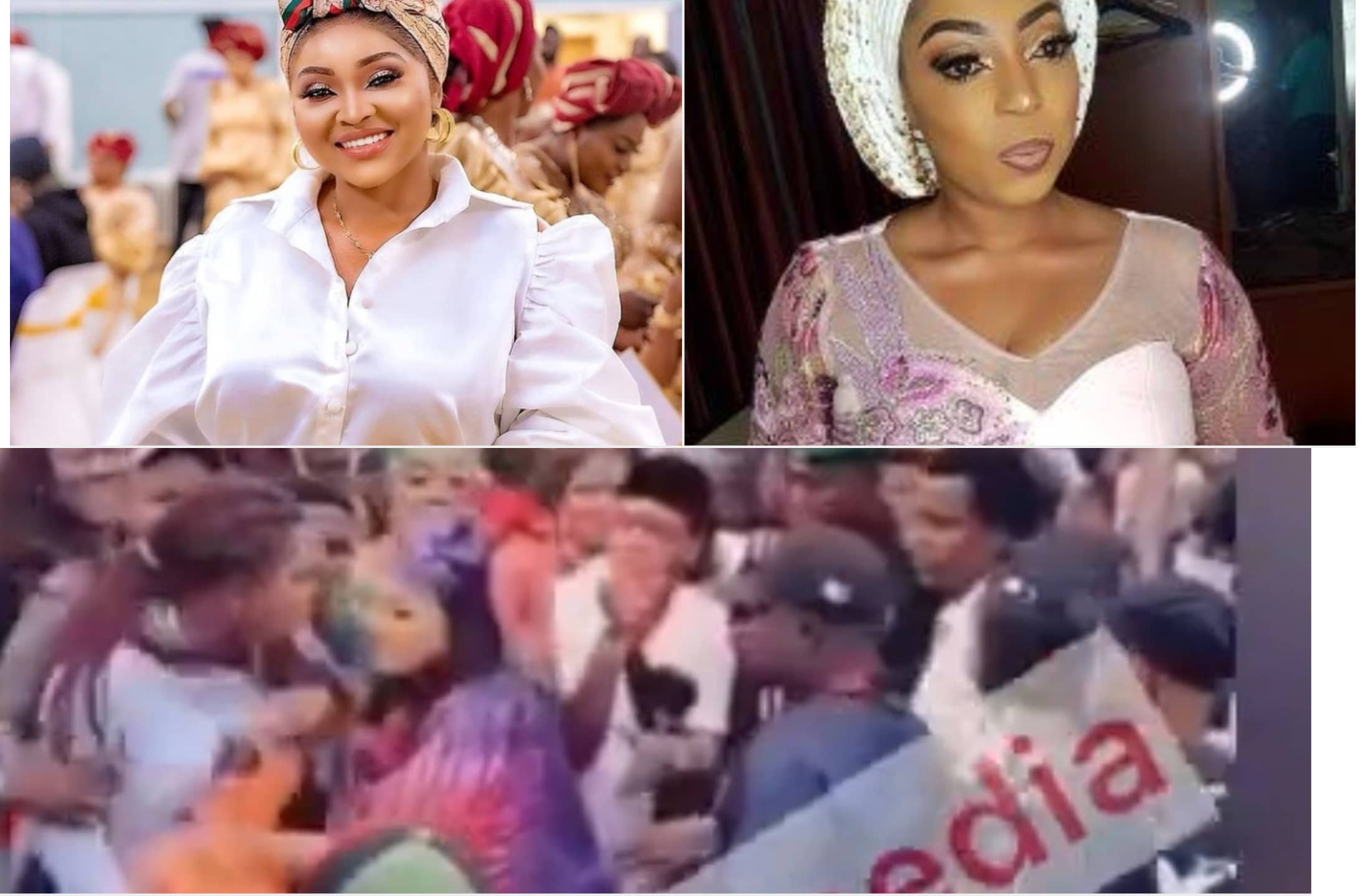 Mercy Aigbe has been alleged to have engaged in a brawl with Lagos socialite and actress, Omolara Olukotun who is behind the famous brand, Larrit Shoe Village (LSV).

The entrepreneur, Mercy Aigbe and Iyabo Ojo were at an event when Larrit flared up and threw a bottle at Mercy who screamed in fear.

Iyabo Ojo who has reconciled with Larrit following their messy feud in 2018, couldn’t do anything to save the situation.

Surprisingly, Iyabo Ojo who was sitting beside Larrit couldn’t stop her from hurting Mercy Aigbe, who is also her close friend.

Iyabo Ojo was just drinking and smiling as they exchanged words.

Though, the cause of the fight isn’t known, Gistlover who broke the news promised to keep the public updated on what led to their bitter fight.

The post reads, “Watch the moment Larrit throw Mercy Aigbe igo orobo (bottle) at the party before the proper fight come happen come happen earlier today. Na like this I want dey throw people igo orobo now, you talk, you collect, you talk, igo orobo ontop your head, no time. Even Iyabo wey like vawulence run when she see deal life Bottle, anybody go collect bottle for head. Mood till the end of this year by God’s grace. I come in peace. Full details of the fight later”.

The rift between Larrit and Iyabo Ojo became obvious when the latter had the official opening of her lounge and spa in Lekki, few months back. Lara was conspicuously absent at that event despite the heavy presence of her close allies.

Few days after the party, while Iyabo was sending out appreciation messages to those who made it to the grand party, as well as those who supported her, Lara’s name did not make the list. While she was doing hers, Lara was busy sending out messages promoting her business.

Some even went further to say that she had been putting up beef statements on her Instagram page which had suggested to most of their mutual friends that something was truly wrong.

Also when Pasuma had his 50th birthday celebration recently and Iyabo Ojo hosted him at her place in Lekki, Lara was not in attendance.

Also at the grand gig for Pasuma’s 50th which took place at 10 Degrees Event Centre, in Oregun Ikeja, the duo obviously avoided each other. 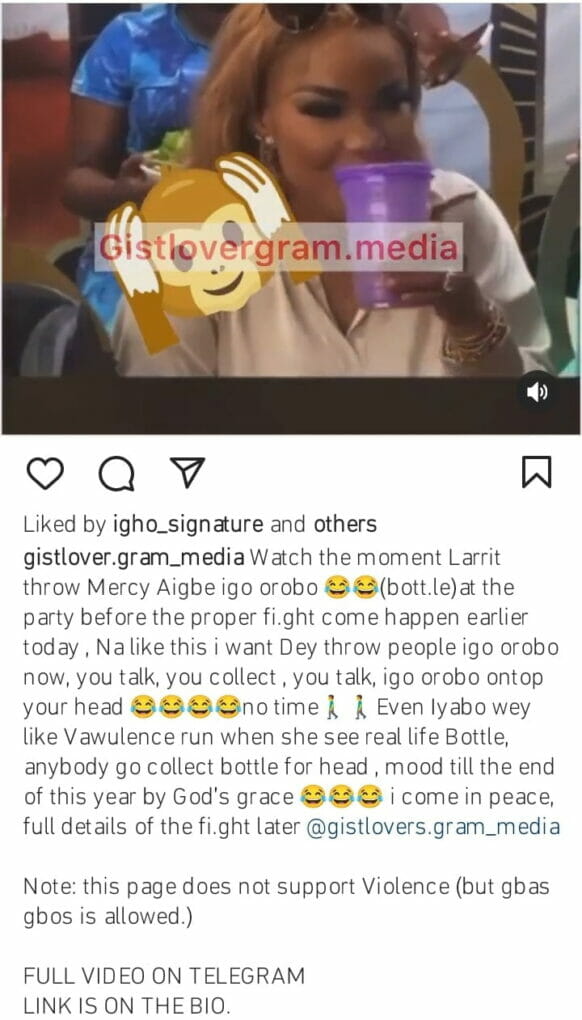