A video of a group of ladies rejoicing after reportedly selling their votes in today’s gubernatorial elections in Ekiti state has gone viral, causing uproar on social media.

In the clip, the ladies, who all held their permanent voters’ cards in their hands, are seen flaunting the money they made from the quick sale.

The females swung their wads of cash in front of the camera, grinning from ear to ear and making joyful noises. 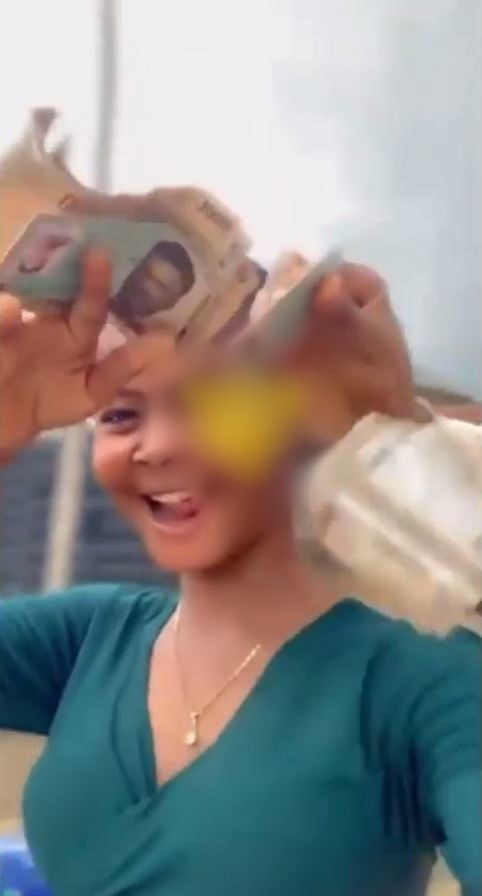 The video has sparked outrage with many Nigerians berating the ladies for their action. See some comments as you scroll,

@spreeclothing_uyo, “This is the major issues that needs to be worked on, make them know say even 50k per vote, e no go reach 2days e go finish na another 4years of suffer be DAT ooo 😢😢😢”.

@damie_iam, “no matter the campaign and preaching against vote selling, some people will still be greedy and adamant 😢😢😢”.

In other news, a 105-year-old grandmother, Mrs. Felicia Fayomi, on Saturday expressed her joy after she cast her vote in the ongoing gubernatorial election in Ekiti state.

The elderly woman, who was accompanied to the voting station by one of her grandchildren at Unit 2, Ward 6, Ifaki Ekiti in the state’s Ido-Osi Local Government Area, was vibrant and told reporters that she had voted.

“I am happy to vote,” The grandma said, before being led back home.