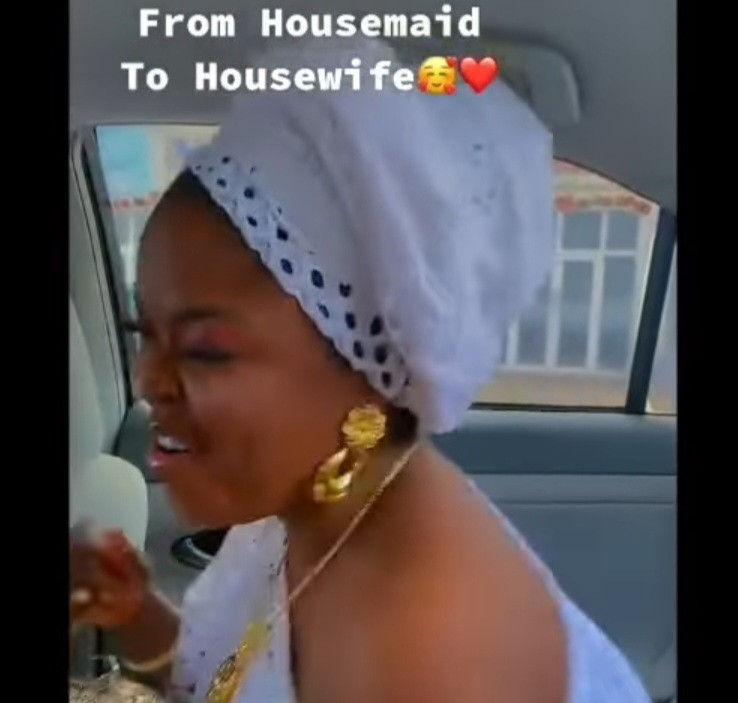 A TikTok video has gone viral after the poster claimed she went from a housemaid to a housewife.

In a video shared to the platform, the woman, who is all glamed up, is seen dancing in a car while singing a song of praise about where she started from and where she is now.

In the caption, she wrote: “From housemaid to housewife.”

Though she did not state if she was married to the same man she was a maid for, many assumed that was the case.

When curious followers asked if the man she’s married to is her madam’s husband, she responded in the affirmative.

“Nah him ooo,” she replied. 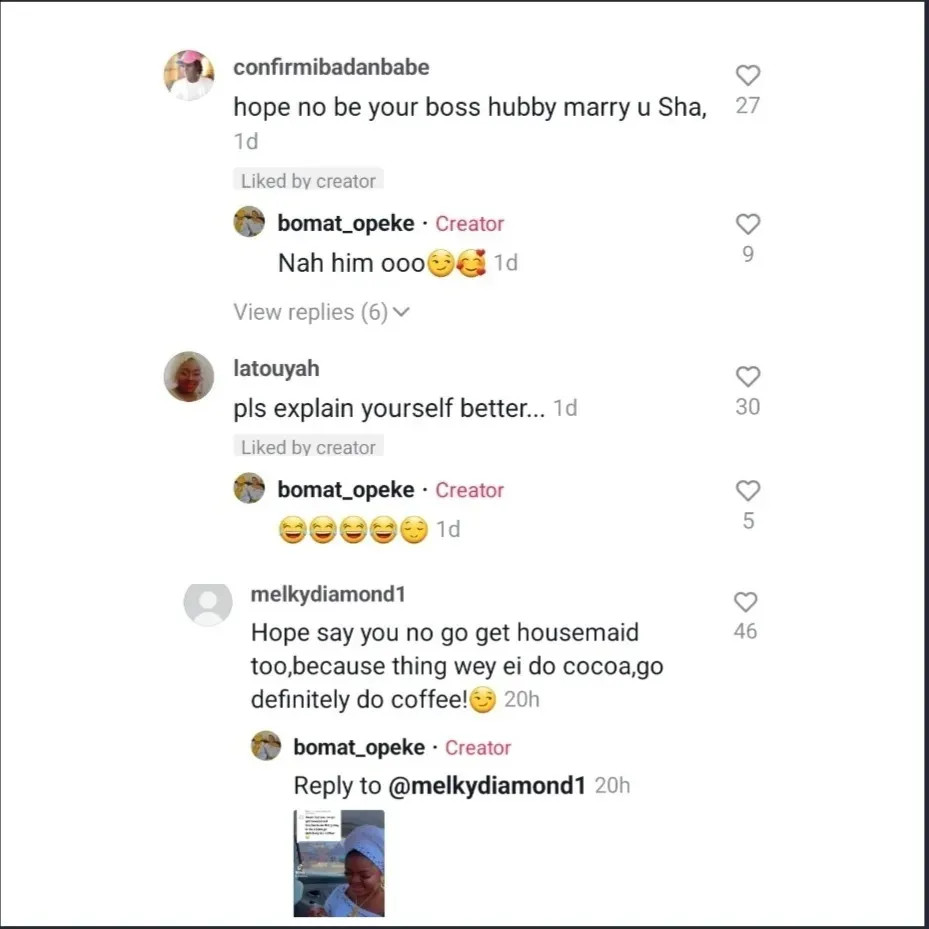 Many have been trolling her for the video and she has been trolling them back by using their comments as caption while uploading new videos of her dancing.

See the video below.