] How She Was Raped By Robbers Inside Boyfriend’s Apartment - Nollywood actress, Elvina Ibru Tells Her Touching Story - educonsults 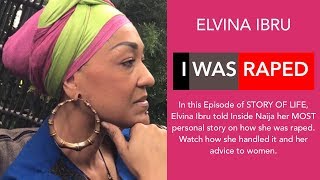 Nollywood actress, Elvina Ibru has recounted how she was raped by armed robbers inside her boyfriend’s apartment.

Elvina spoke of the unfortunate experience in a chat with media personality, Chude Jideonwo.

According to Ibru, she was in a relationship with someone at the time who did not have an apartment of his own.

Elvina disclosed that she was unable to visit him initially due to her tight schedules, but had to squeeze out time after the numerous pressure from him.

“I was raped in my boyfriend’s house, it wasn’t in my house. You see, that’s the problem I have, people don’t put down what you said. It wasn’t in my own house,” she said.

“Back then, he (my boyfriend) kept pressurising me to come and spend the night with him. When I met him, he was living in Benin. It was easy then because when he comes on weekends, he would be in my house due to the fact that he did not have his own house.

“Then eventually, he moved to Lagos because of me. However, he moved in with some people that already had a family. So, it was still not convinient for me, how can I be sleeping with someone that is still living with married people.

“So, he would stay there during the week and on weekends, he would come to my place.

“I didn’t have any issue with that. The problem started when he got his own apartment. The place was very far around Abule Egba axis of Lagos.

“Due to my tight schedules, I couldn’t visit him then. Then one day, he just called and said, I don’t blame you, it’s because I’m a princess and his house is too humble for me. So, I just had to visit him. Unfortunately, that was the day armed robbers came to the apartment and I was raped.”

The 49-year-old also enjoined people who have been sexually assaulted before not to be ashamed to share their stories.

“If you have been raped before — either as a man or woman — it’s not your fault. And you should never be ashamed to talk about it,” she added.