At a time where the country’s monthly minimum wage has been proven to not be sufficient enough to see-through the cost of living for a family of three people and the economic situation has left a myriad of people struggling to make ends meet each day, a Twitter user has strongly opined should an individual not have up to a particular amount as savings, such individual should probably be deemed irresponsible.

@viccetti on Twitter has had tongues wagging on social media after he took to the social networking space to state that if someone doesn’t have up to 100k in savings, such person is probably an irresponsible person.

“If you don’t have at least a 100k savings then you are probably just irresponsible.” 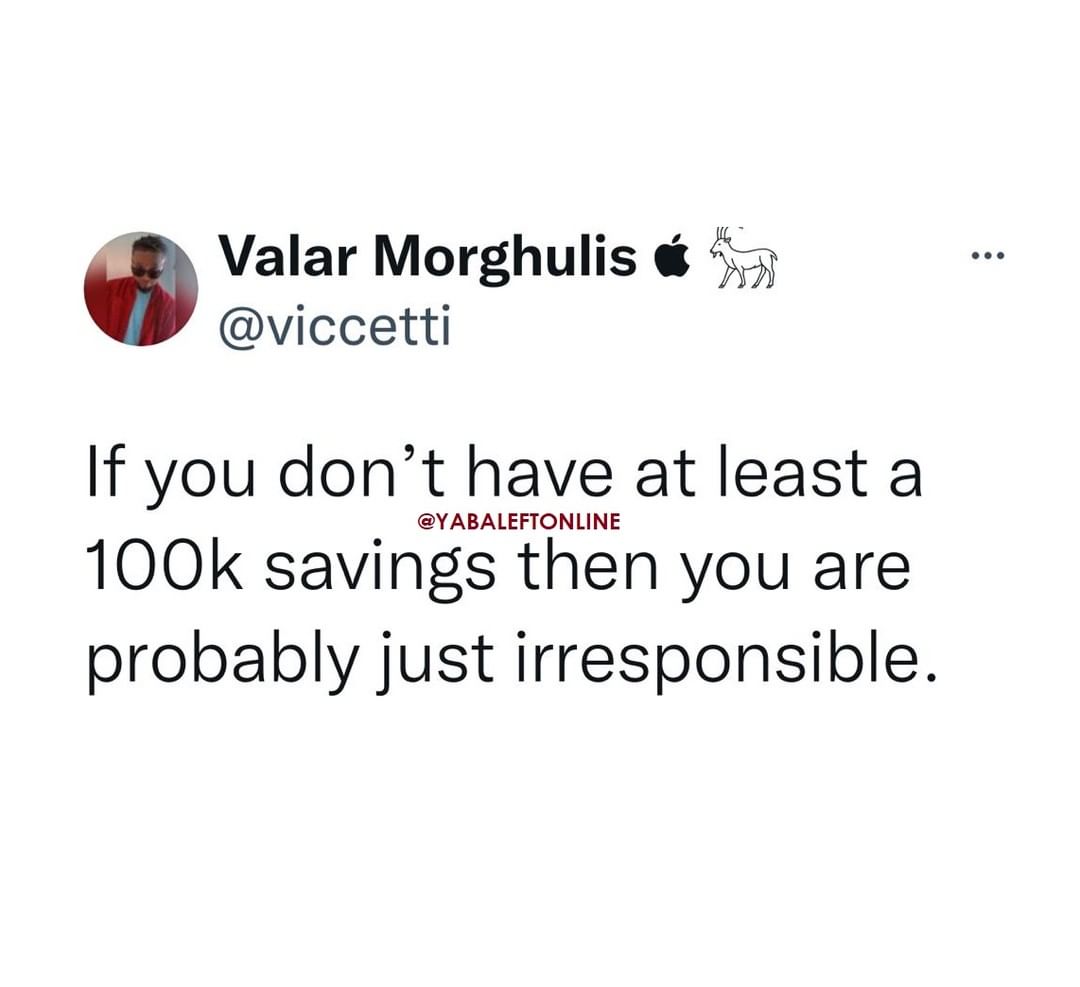 His stance caused a frenzy on Twitter as while a couple of people partially agree with him, others find him unreasonable and insensitive, given the points earlier mentioned and more that affects people individually.