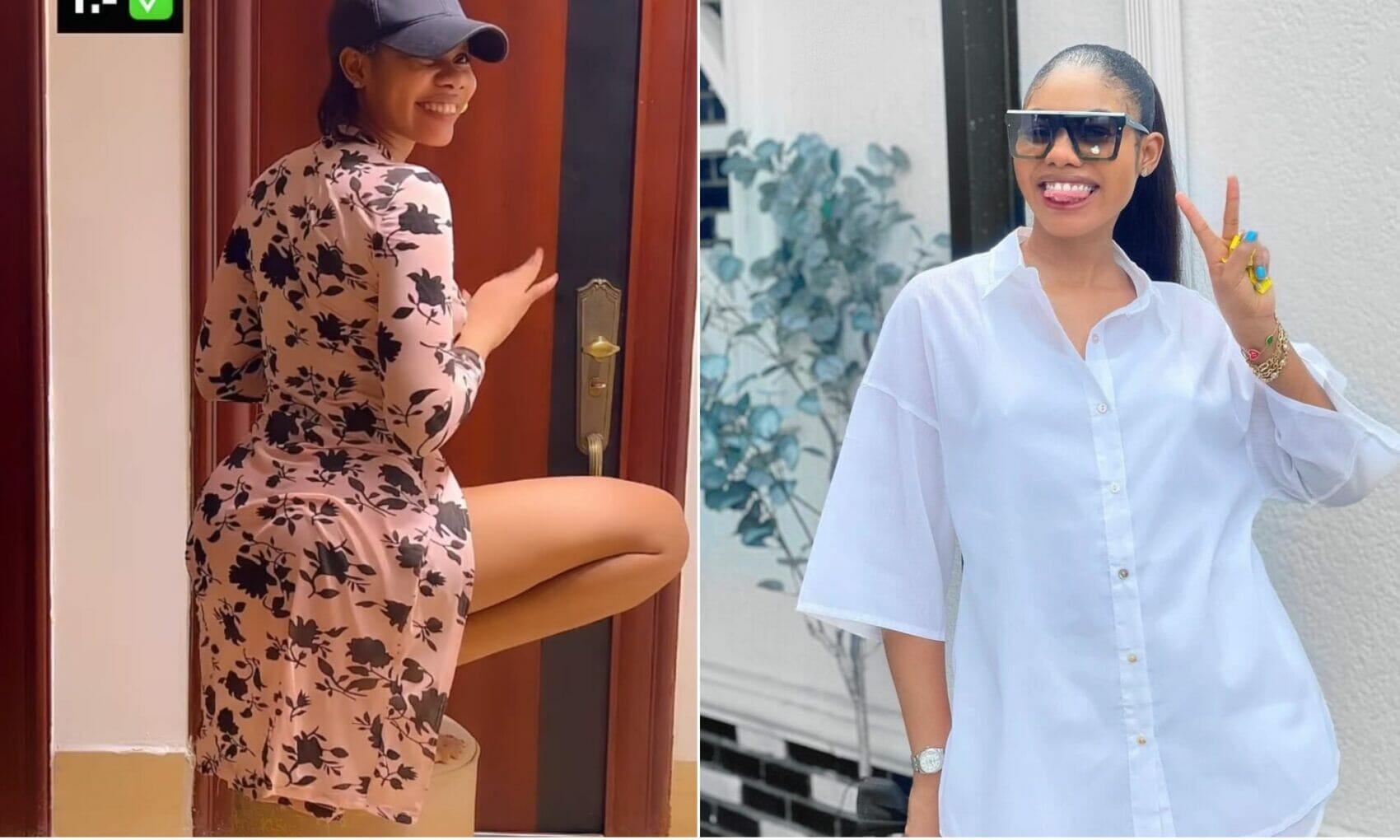 Instagram dancer and influencer, Jane Orezimena, has been reported pregnant.

The controversial social media Influencer who was a few months ago at loggerheads with Nollywood actress Tonto Dikeh is reportedly expecting her first child with her husband, Andre Plies.

Although Janemena as she is fondly called is yet to make the good news official, reports from different sources maintained that the pregnancy is still at early stage.

Recall that Janemena had earlier revealed what saved her from a $ex tape scandal allegation that almost shattered her marriage last year.

According to the dancer, having “small boobs” saved her from all explanations following the accusation.

Taking to her Instagram page the dancer wrote, “When they brought fake tape and picture and said it was me, do you know what saved me from all explanations? My small b0obs.

“Dem no dey fake am. I’m super grateful for this body and I wouldn’t change it for anything in the world. I love y’all genuinely for riding with me. The real ones only.”

Nollywood actress, Tonto Dikeh had in September 2021 claimed that her ex-lover, Joseph Egbri aka Prince Kpokpogri, had a $ex tape of Janemena who is married.

But Janemena had claimed that due to Dikeh’s allegation and the trauma it caused, she suffered a miscarriage, losing her one-month pregnancy.

As a result, Janemena sent a letter to Dikeh, demanding the sum of N500m for alleged libel and claiming on social media that Janemena has a $ex tape.

The dancer also wrote a petition to the Office of the Inspector-General of Police demanding an investigation of criminal libel against Dikeh.