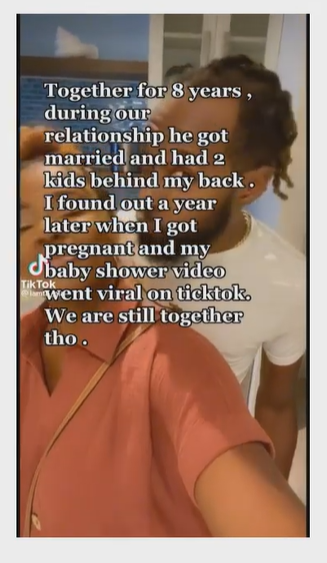 A TikTok user has revealed that she is still with her boyfriend who chose to another woman as his wife.

According to @iamta_nia, her ‘boyfriend of 8 years’ got married and has 2 kids with his wife but kept it away from her.  She said she found out a year later after her baby shower video went viral.

Watch the video below…….