A Nigerian lady has taken to Twitter to share the inappropriate message she received from the male vendor she buys shawarma from.

The lady identified as @tejuthemenace had sent a message to the vendor inquiring if he was available because she wanted to buy shawarma.

Teju who also affirmed that the shawarma is tasty and keeps her wanting more, asked to know if he puts jazz in it because her constant crave for it is not normal.

In response, the vendor made a joke that would be considered inappropriate and offensive to many.

Teju felt disgusted by his response and took to Twitter to express outrage at the vendor for making such a joke.

Sharing a screenshot of their conversation, she wrote,

“Y’all look at the shit my supposed shawarma guy sent me. Note that I don’t even talk to this negro like that. What sort of inappropriate bullshit is this?”

See the exchange below… 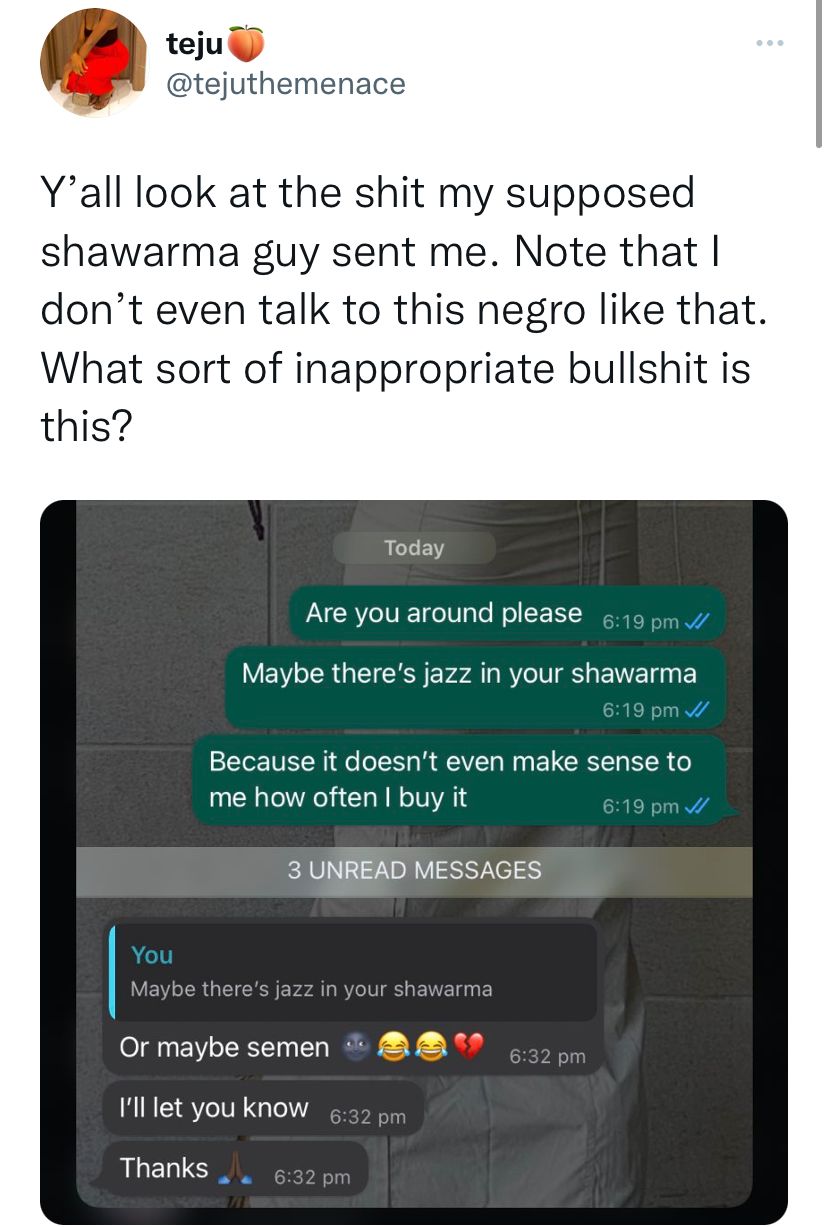