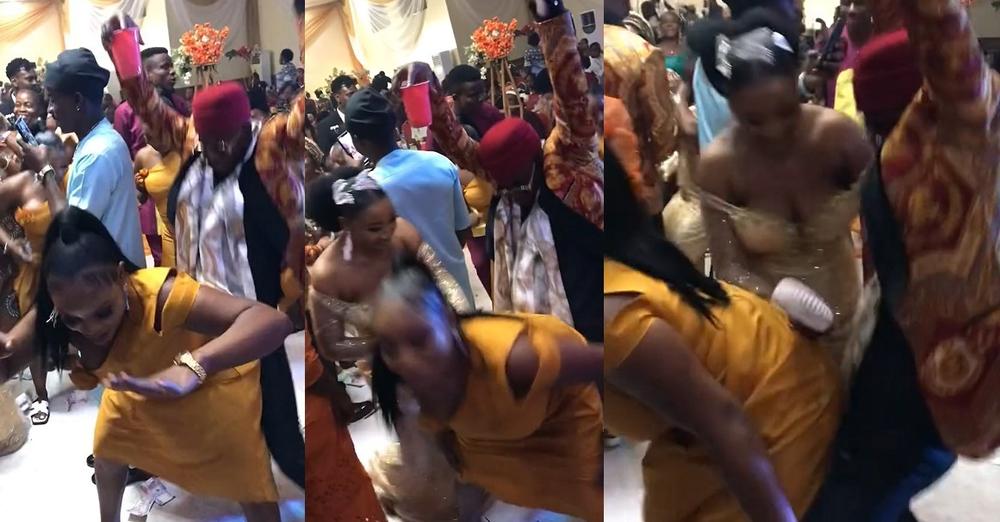 The woman who told the story on Twitter, narrated how shocked she was after seeing the groom slap his bride at their own wedding reception. A Nigerian woman has told the shocking story of how a groom slapped his own bride.

The woman who told the story on Twitter, narrated how shocked she was after seeing the groom slap his bride at their own wedding reception. @MmantiUmoh who noted that one doesn’t owe violent people love, said the incident was witnessed by the groom and bride’s parents including other family members. She revealed that it left her not wanting to attend weddings for some time.

The Twitter user wrote; At the reception today, the groom slapped the bride so hard for one second I thought a helium balloon had burst. While we were taking 10 Seconds to recover from the shock… “Angel”; Please let’s march in ****is tired and under a lot of pressure, let’s please just go in and start the reception, everyone is waiting.

The only thing you owe violent people is to see and respect their humanity in ways they refuse for others. But you are not required to see their anger as acceptable.

You don’t owe violent people love — ever. It’s not love. And maybe it’s worthy of note that even the best man asked angel “what did you do to him, why is he upset?”

Well, the mc called and music roared and everyone walked in like nothing had happened. Couple danced from the entrance to podium. Cycle of domestic violence begins. Please don’t ask me what I did. I did absolutely Nothing! Their parents witnessed the slapping ceremony…. some of their family members did too. I went home. I had a migraine. I don’t want to attend any weddings for a bit again. I will send my gift.

For those who insist on living with domestically violent partners. Well, I imagine God doesn’t rejoice over a marriage ending, but do you think God is okay with you being abused and living without love? Do you believe it’s possible that God might hate that even more?