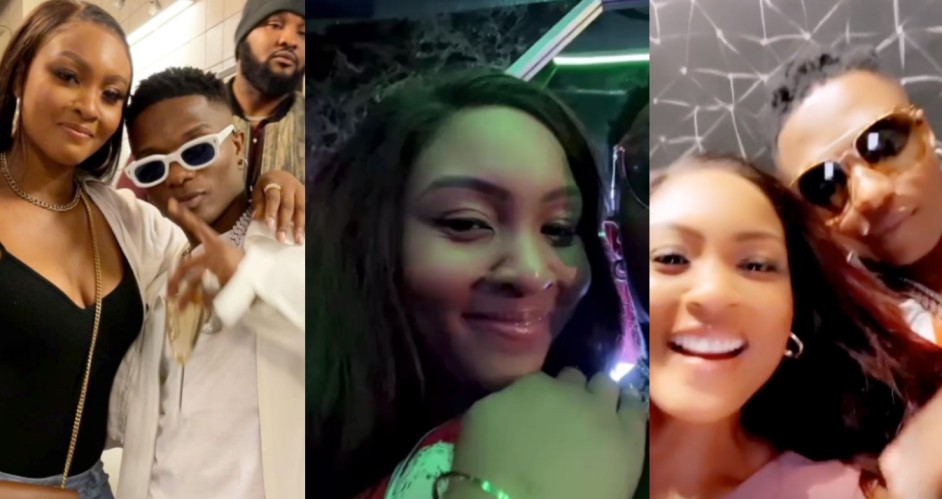 Actress Osas Ighodaro has said singer Wizkid is yet to ask her for a relationship nor made any s3xual advances towards her.

In the latest episode of the podcast Off Air, hosted by media personalities, Gbemi and Toolz, Osas pointed out that she and Wizkid are just friends and rumours of them dating should be ignored.

She also dismissed the report that she travelled to London because she wanted to attend Wizkid’s concert, saying that she was in Dubai at the time but later flew to London.

The actress added that the ‘Essence’ singer was there for her when her mum died, she also posted a video of herself and Wizkid hanging out at a restaurant and a club.

“He’s my friend, we’ve been cool for a long time, the AMVCA winner said.